A while back I read Tig Notaro’s book, I’m Just a Person. That title really stuck with me: “I’m just a person.” It’s not an excuse. It’s not apologetic. It’s just one way of explaining why things don’t work out as planned. It’s become a regular saying for me when my genuine best isn’t good enough. 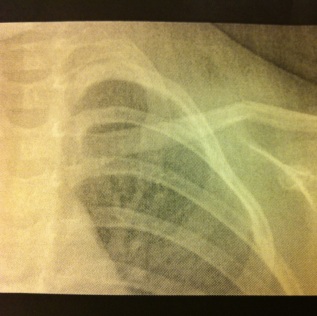 In high school I was armed and prepared to defend against threats to my faith, whether real or imaginary. One year, the choir teacher had us singing a medley from Jesus Christ Superstar, and I was queasy about Mary Magdalene’s song, “I Don’t Know How to Love Him.” It came down to this line: “He’s a man, he’s just a man.” I refused to sing it, determined to be some kind of musical teen martyr.

After class I approached the teacher with my reasoning, which was that Jesus was a man but not just a man. The problem was the word “just”—the diminution of it. The teacher patiently explained the character’s point of view in context and that it was just a Broadway tune, not Christian doctrine. Then she gave in, choosing new music for the spring concert.

I was using the tools I had, but they were none too sharp. I was just a person.

Kind of like Jesus was just a man. But he was also God. (God is big enough to be both.)

I think now of Paul’s letter, when he waxes poetic (no, really – it’s written like free verse) about Jesus, who,

Though he was in the form of God,
did not consider being equal with God something to exploit.
But he emptied himself
by taking the form of a slave
and by becoming like human beings. (Phil. 2:6-7)

Jesus didn’t claim his divine rights. Instead, he poured himself out to become “just a man,” like Mary Magdalene sings.

When he found himself in the form of a human,
he humbled himself by becoming obedient to the point of death,

Emptied out, humble, obedient: that’s exactly how we find Jesus in this week’s Last Words from the Cross. After taking a sip of sour wine, “Jesus said, ‘It is finished.’ With that, he bowed his head and gave up his spirit” (John 19:30).

The curious part of this Last Word is not his saying it’s finished but rather what comes next. Most translations say that he bowed his head and gave up his spirit (or “gave up the ghost”). Recently I came across a version worded differently: “And, letting his head droop, he delivered up his spirit.” I like this wording because it feels truer to the circumstances of dealing with a failing body.

“Bowing his head” sounds as if Jesus is bowing in prayer, which gives the event too pious a sheen. He’s not bowing in prayer but surrendering to death. His body can take no more. His flesh-and-bone neck has given out. He’s yielded to human limitations. He’s just a person.

I don’t know which version is more faithful to the original text. My point is this: I don’t want abstract Lenten piety to eclipse the real, human agony of the man who was God—and also just a person. It’s easy to do — I’m just a person. And maybe — if I’m being honest — like Mary Magdalene, I don’t know how to love him.

I’m doing my best. But you know, I’m just a person.

This is the sixth post in a multi-post series for Lent. Find the most popular one here and the first one here. As ever, thanks for reading. -Em : )