For the past decade, I’ve kept a list of almost every book I’ve read. It grew out of the school-days habit of citing every source and became a fun way of remembering. It might seem excessive (or probably, obsessive), but I realized long ago that I can’t keep everything straight, and I didn’t want to lose any valuable ideas. Or insights. Or really great sentences.

I’m planning to change my reading habits in the upcoming year, so I was looking back at my decade of lists and notes. I’m so glad I saved this stuff.

In 2009, I read books about motherhood. The list contains only seven titles, possibly because I was busy being a new mom. In 2010, I was reading about creativity: Alain de Botton, Lewis Hyde, Twyla Tharp, and a weird biography of Emily Dickinson. It’s hard to remember those sleep-deprived months with a tiny Caroline, but I’m guessing it was at least comforting to read about creativity since I had no energy to create anything. Apparently, I also read Julie and Julia that year. Remember that movie? The book was better.

It appears I finally got around to Annie Dillard’s An American Childhood in 2011. Along with Pilgrim at Tinker Creek and The Writing Life, it still sits on my bookshelf, having survived the great book purge of this past summer. That same year, I stepped into the inspirational vortex of the Christian literary industrial complex, reading books by Donald Miller, Ann Voskamp, and John Eldredge, among others. There are worse things to spend your money on, I suppose.

Wow, 2012 was a good reading-year: Marilynne Robinson, Martin Buber, Eugene Peterson, and Dietrich Bonhoeffer filled my free time. Also, I re-read two all-time favorites: The Life of Pi and Their Eyes Were Watching God. The high volume and quality of books here make me believe that 2012 is the year I got a library card.

The following year, 2013, I started blogging 1,200 words a week and, according to my list, found more time than ever to read. I also took a deep dive into nonfiction, with the poet Christian Wiman’s My Bright Abyss being the most impactful book I read that year. I plan to read that one again.

The remarkable thing about 2014 is the number of books I read and annotated, thirty-three in all. Many of these titles I remember as serendipitous finds at the public library—that is, books that found me. The star of 2014 was Philip Hoare’s The Sea Inside, a book whose lyrical language mesmerized me and deepened my love of the ocean.

In 2015, I stumbled upon the writing of Avivah Zornberg, a Torah scholar. Mind blown. The next year, I loved reading Jeanette Winterson’s Oranges Are Not the Only Fruit and Helen McDonald’s H Is for Hawk, books that opened up unfamiliar worlds to me.

My 2017 reading was a real hodge-podge of memoir and Bible history and Ta-Nehisi Coates and Brené Brown. Ilana Kurshan’s If All the Seas Were Ink was the highlight. It’s not only a brilliant memoir of her reading life, but it confirmed that the kind of book I want to write can be done. My 2018 list doesn’t contain a single novel. By then it was clear that I’m a nonfiction nerd, and I’m okay with that. Notably in 2018, Walter Brueggeman’s brilliant books revealed new ways of looking at the Bible.

This year, the eleventh of obsessive reading and note-taking, I read a record forty-six books, mostly in the genres of memoir and history. The one exception is a novel written for tweens: Cylin Busby’s The Nine Lives of Jacob Tibbs. My daughter insisted that I read it, and with every other chapter I finished, she’d be standing nearby asking, “What part are you on now? Did the ship sink yet?” (Note to self: we should have a talk about the concept of the spoiler alert.) While I never would’ve chosen the book—a novel about a heroic seafaring cat—I really enjoyed it.

Even the part where the ship sank.

Plus, the novel was a preview of what I’ll be reading in 2020. A few months ago I started working in the school’s libraries, which serve Pre-K through eighth graders. A few times a week, a child will ask for my recommendation — most recently, for “a book that’s kind of long but not too long.” My knowledge of kiddie lit is limited to what I can remember (not much) and very dated.

After all, it’s been thirty years since I was in fifth grade, and as much as I loved Beverly Cleary’s entire oeuvre, I need to brush up on what the kids are reading this century. (True, they don’t know what they’re missing when they skip over Beezus and Ramona.) And so I will bend to the demands of tiny people who might just find the perfect book with help from the old lady behind the circulation desk.

In the years I’ve been out of school, assigned reading has lost its luster. I like reading whatever I want. Even when I was in a book club, I often failed to read the chosen book. “Sorry, I didn’t get around to it this month,” I’d say, although it was clear I was there mainly for friendship and margaritas. This assigned reading is different: technically, I’ll be picking the titles in hopes of understanding what the kids enjoy and will, fingers crossed, strengthen their reading muscles.

Phil is skeptical, thinking I’ll make this venture into children’s literature as esoteric as possible. He says, “You’ll be persuading kids to read The Diaspora of Winnie the Pooh, or something like that.” As far as I know, that’s not a real book.

But the title is intriguing.

Stay tuned for my adventures in children’s lit circa 2020, the year of assigned reading. 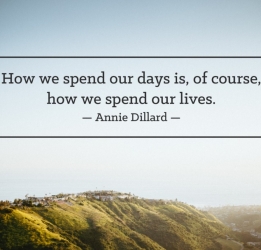